Sand Mirrors, Not Mind, Not Sand, Not Water, with Stephen Strom (Polytropos Press, 2012) 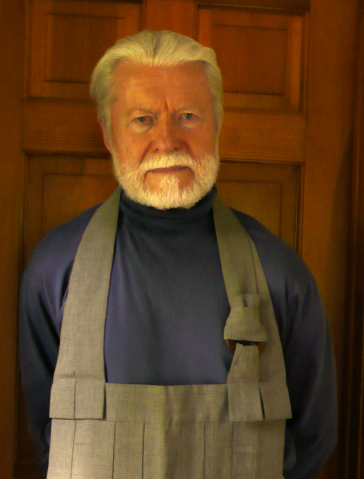 It has always been so. As the Buddha expressed it, “the nature of human life is suffering.” Somalia, Darfur, conflicts in the Arab world and the violence and inhumanities in so many places — the facts of suffering are now more evident to more of the inhabitants of the earth than ever before, thanks to the Internet. In our own country too, vast ignorance, the root of suffering and indifference, shows itself daily in the disregard of education, in crude stupidities and power-centered fears and machinations in our politics, and in the callous indifference to the suffering of our fellow citizens.

How rare in this scene is some understanding of the root of this suffering and the way truly to heal the fundamental human condition of living so thoroughly in duality that not only are others of our fellows on the earth objectified, thus justifying violence towards them, but also we ourselves, within ourselves, live out the suffering that is the inevitable consequence of an unexamined life within duality.

Old Zen master Zuigan reminds himself and us in his morning ritual: “Master?” he would say to himself. His response, “yes.” “Are you awake?” he then would say. “Yes, I am.” he would answer. “Then don‘t be fooled by anyone.” To which he would answer himself, “no I will not!” People have been greatly fooled and that folly has been exploited to their detriment. But most of all by themselves in continuing to search externally for the solutions to suffering/unsatisfactoriness.

Our Zen way begins by analysis until we are clear on certain presuppositions of our life, such as that things could not have been different in the past or at this moment, that there is no self to be found, only identifications, and that calendar and clock time is radically different from “being-time.” And then zazen, witnessing the “passing show” of phenomena and letting all attachment to them drop away, is the foundation of our Way of Zen, no matter how a person carries it further, through the wonderful koan system and beyond.

Our Living Dharma Center from its inception in 1972 up to now has always had as its intent to provide authentic Zen teaching so that those who resonate with the possibility of Realizing in their lives their true nature as Buddha, that Source of abundant life beyond all words, might have a place and guidance in this great humanizing work. In December of 2010 I designated Paul Gerstein as my first Dharma heir and successor. In 2011Norma Salter followed Paul as my second Dharma heir. Both Paul and Norma have studied with me approximately 25 years and have been cultivating their Awakening through long and devoted Zen training, including the traditional koans. Both are worthy Sensei in our Living Dharma Center.

The true measure of a Zen Center is not in size or numbers, but in the quality and authenticity of its teaching and its Sangha members. I am very grateful for the devoted practice of our members, for it is this that will lead, not only to the awakening, the Realization, of inherent Buddha nature in each person, but will allow Bodhisattvic functions gradually to manifest in each person, so they can become agents for the alleviation of suffering in the world.

I encourage all of you to realize the powerful significance of your regular zazen practice and to penetrate deeply beneath all words and concepts so you may Realize in yourselves your essential Self that is one with all the great Zen Masters and one with this world, including its ignorance and suffering. There is only One Reality.